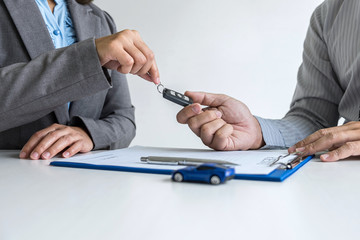 Large credit reporting agencies like Equifax, Experian, and TransUnion often include mistakes in an individual’s credit reports. Consumers rightly expect that these errors should be fixed when they alert the agencies. In one case, our client’s Nissan lease payment record was reported incorrectly and the companies involved refused to correct it.

What to Do If Your Nissan Lease Payment Contract Changes After You Return Your Car?

Mr. Somma leased a vehicle from Nissan and made all his payments on time. However, after the end of his lease term, Nissan added amounts due to his account without notifying him and incorrectly reported these as delinquent payments to the big three credit reporting agencies. In turn, this negatively affected his credit.

After noticing that the delinquencies appeared on his credit reports, Mr. Somma filed complaints to dispute the incorrect entries. In a situation like this, both the credit reporting agencies and Nissan must review the dispute, open an investigation to gather information, and evaluate if the Nissan lease payment reporting was accurate. Although the agencies and Nissan received Mr. Somma’s disputes requesting deletion of the delinquencies, they failed to investigate and left the erroneous entries on his credit reports.

The SLG Team is proud to report that we were able to successfully resolve Mr. Somma’s case with all defendants. Following the conclusion of his lawsuit, Mr. Somma shared this glowing review about his experience with our law firm,

"Daniel Schlanger, Evan Rothfarb and the entire team at Schlanger Law Group are terrific. From when I first contacted them, they were extremely professional, knowledgeable, transparent in their billing fees, and honest about the results I could expect from my case. They always take the time to fully explain to make sure you understand what is going on in your case, and always keep you informed on any updates along the way. I would absolutely recommend the team at Schlanger Law Group for anyone looking for a consumer protection attorney."

If you have experienced a similar situation with errors on your credit reports, Schlanger Law Group LLP may be able to help you. Reach out to our experienced attorneys today to discuss your case.