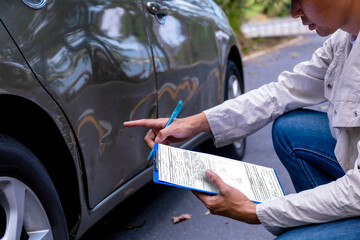 If you have ever leased a vehicle, you will appreciate this story. If you have signed an excessive wear-and-tear car lease damage waiver with Autoguard Advantage Corp. or Allegiance Administrators, LLC d/b/a Performance First, you need to read this story.

Why Did We Bring a Class Action Based on a Car Lease Damage Waiver?

Schlanger Law Group is an experienced team of class action lawyers with a hard-earned reputation for protecting consumers nationwide. We recently filed a lawsuit against two companies—Autoguard Advantage Corporation (Autoguard) and Allegiance Administrators, LLC d/b/a Performance First (Allegiance). The lawsuit is based on several legal theories including breach of contract.

Both companies tried to have the case dismissed, but we recently received a court ruling in our favor that allows the case to move forward.

What is a Car Lease Damage Waiver and Who Should Buy One?

When consumers lease a vehicle, they need to understand the lease obligations and terms involved. Many leases allow a certain amount of wear and tear during the lease period, but if you return a car with “excessive” wear or damage, you may have to pay the cost to repair the damage or other penalties. The two companies in our case offer prepaid coverage for excessive wear and tear damages up to $5,000 under certain conditions.

In the pending class action, a group of consumers allege that they leased vehicles and entered into a contract called an Excess Wear & Tear Protection Waiver. The purpose of the Waiver Agreement is to limit the potential costs they might incur when they return the leased vehicle. However, when the vehicles were turned in at the end of the lease, these consumers allege that the Defendants wrongfully denied coverage using criteria that were not specified in the agreement.

Who is Part of the Class?

Plaintiffs are seeking certification of a class consisting of people who have submitted at least one claim under the Waiver Agreement that was denied for a reason that was not stated in the Waiver Agreement as a basis for denial. For example, several of the consumers allege that the Defendants denied them coverage because they had a 12-inch or longer scratch, but the Waiver Agreement does not mention that scratch coverage ends at 12 inches.

Allegiance tried to have the case dismissed. It raised two arguments:

Third, Allegiance also refused to provide documents related to denied claims. When we asked for an order compelling those documents, the order was granted, but Allegiance objected. This objection was overruled in the Court’s latest ruling in our favor. These documents will help us identify other consumers whose claims were denied for reasons not listed in the Waiver Agreement’s terms and conditions.

What Does the Future Hold for the Car Lease Damage Waiver Class Action?

The case is still in its relatively early stages.  While the Court denied the attempt to strike Plaintiffs’ class allegations at the outset of the litigation, the Court has not certified a class at this time. We now expect to receive the documents that the Court ordered must be turned over.

We are proud to represent the consumers in this case and others who have been victims of systemic overcharges, hidden fees, and other marketplace injustice.

When many consumers’ rights are violated by companies that ignore the law, a class action allows those consumers to band together to enforce their rights and the rights of others in the same situation. Class-action lawsuits are complicated and not every law firm has the resources and experience to successfully protect a class of consumers.

The class-action lawyers at Schlanger Law Group have extensive experience advocating on behalf of large groups of consumers, as well as individuals whose rights have been trampled. Whether you are a victim of identity theft, unfair credit billing or credit reporting errors, false advertising, or unfair collection practices, we are here to help.

Schedule a free case consultation by calling (212) 500-6114 or complete this contact form today.