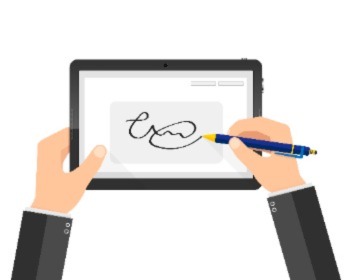 While there is certainly nothing wrong in principle with using digital signature technology, the use of digital pads has—as a practical matter—allowed auto dealers to collect a consumer’s signature and then affix it to all sorts of expensive agreements to which the consumer never agreed. A New York City digital signature pad fraud lawyer could help combat fraudulent auto dealing companies from taking advantage of you and abusing your bank account and credit report.

In the typical case, the consumer is given “deal points” verbally and then asked to sign a signature pad without being shown the actual loan documents (and true terms), as required by the Truth In Lending Act. In many instances, the consumer isn’t given the loan documents by the dealership even after the fact and only learns of the more expensive terms once the financing company mails a monthly statement. In other instances, the consumer is given the loan documents after the fact. It is not uncommon for the dealership to put the documents in a folder in the recently purchased vehicle’s glove compartment, where they are unlikely to be found until later, rather than hand them directly to the consumer.

In other instances, the auto dealer asks the consumer for the name and other personal information of a family member who would be willing to guarantee the loan and then forges that person’s signature on all of the loan documents without the “guarantor’s” knowledge or permission. Often, the consumer is left entirely off the transaction, leaving the family member with purchase and loan he or she never agreed to or signed for.

These types of frauds can have far-reaching consequences, including overcharges of thousands or even tens of thousands of dollars, and severely negative credit reporting.

When confronted later, the dealer sometimes claims that if the consumer comes in, “we can work it out”, only to then use this next meeting as an opportunity to lure the consumer into a new, even more, predatory transaction.

What’s worse, many banks and financing companies that take assignment of these forged retail installment contracts routinely take the position that whatever happened is “between you and the dealer”. The credit reporting agencies are often no better, as they often blindly adopt whatever position the finance company takes, without doing the independent and reasonable investigation of the consumer’s dispute that is required by law.

It’s Not Just Between You And The Dealer: Federal And State Laws Provide Powerful Remedies For Identity Theft and Signature Theft Victims In Digital Signature Pad Cases

Luckily, federal consumer laws such as the Truth In Lending Act and the Fair Credit Reporting Act, as well as New York state laws such as the New York Motor Vehicle Retail Instalment Act and New York General Business Law 380-S (regarding identity theft) provide powerful remedies against precisely this sort of misconduct and often enable consumers who have retained an experienced consumer protection attorney to collect damages from auto dealers, lenders and credit reporting agencies and to unwind the fraudulent transactions.

Schlanger Law Group has been particularly involved in holding the finance companies accountable under state and federal versions of the “anti-holder rule”, which provides that, subject to certain limitations, a company that purchases an auto financing contract is subject to all claims and defenses that could be raised against the dealer that originally entered into it, even if they didn’t know of the fraud at the time it occurred.

If you have been a victim of an auto dealer fraud or other retail vendor misusing a digital signature pad in New York City, we want to speak with you. Litigation with auto dealers, credit reporting agencies, and finance companies in cases involving signature theft, identity theft, and other similar misconduct are a core part of Schlanger Law Group’s practice and an area where we have deep experience and expertise. Call (212) 500-6114 or fill out this simple contact form. 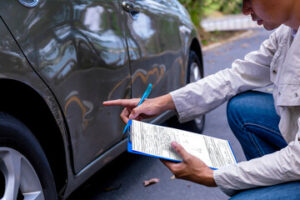 If you have ever leased a vehicle, you will appreciate this story. If you have signed an excessive wear-and-tear car lease damage waiver with Autoguard

May 11, 2022
The information on this website is for general information purposes only. Nothing on this site should be taken as legal advice for any individual case or situation. This information is not intended to create, and receipt or viewing does not constitute, an attorney-client relationship. ATTORNEY ADVERTISEMENT | Past Results Do Not Guarantee Similar Outcomes in the Future
Copyright © 2022, Schlanger Law Group, LLP. All rights reserved.| Disclaimer | Privacy Policy