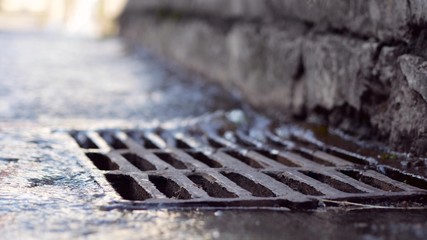 If you owe a debt and the creditor wants to take you to court, it must file court documents and ensure you receive copies of those papers to start the legal process. This is a story about improper service of process, New York style.

First, some basics. The act of serving court papers on a defendant is called service of process. The person who delivers the papers is called a process server and they must follow specific rules, or the service is improper.

Why is Service of Process So Important?

Before a court can enter a legal judgment against you, the creditor/plaintiff must show that you are aware of the pending lawsuit by proving you received a copy of the Complaint and Summons. The Complaint explains the basis of the lawsuit and the Summons tells you when you need to appear in court to defend yourself. If you do not appear in court on the day and time listed in the Summons, a default judgment can be entered against you for the full amount requested in the Complaint.

If you are not served properly, the court cannot enter a default judgment against you. However, if the process server lies and says you received the papers when you did not, the court would not know there has been improper service. In that situation, if you don’t know about your court date, you won’t appear, and the court could enter a judgment against you. Recently this happened to several New York residents and the team at Schlanger Law Group brought a class-action lawsuit to protect their rights.

In 2010, a process serving agency by the name of American Legal Process confessed that their process servers had falsified thousands of affidavits that claimed defendants were served when in fact the defendants never received court papers. For years, the process servers lied about being in two places at the same time, and simply threw away the documents which were supposed to be served. This scheme became known as “sewer service,” and it’s unclear how many people were affected by this fraudulent practice.

Although they discarded the court papers, the process servers signed affidavits saying they properly delivered the papers. As a result of the sewer service and false affidavits, courts mistakenly believed the defendants knew about their court dates but did not appear. This resulted in thousands of default judgments against defendants who had no idea they were being sued.

One of our clients had a default judgment entered against him in 2007 based upon sewer service that occurred in 2005. He didn’t understand that a judgment had been taken against him until 2019 when the creditor tried to garnish his wages to satisfy the 2007 judgment. The process server who signed the falsified affidavit admitted he was part of the sewer service scam in 2005 and the agency owner pleaded guilty to a felony charge of “Scheming to Defraud” based upon his agency’s sewer service practices.

Some of the improper service of process New York sewer service victims have overturned the default judgments entered against them, but others are still facing collection actions based on these improper judgments. However, the Fair Debt Collection Practices Act (FDCPA) protects consumers from harassing, threatening, and abusive debt collection tactics used by collection agencies and their attorneys.

In a case titled Ruffin v. Kirschenbaum & Phillips, P.C., et al., we represent a group of consumers facing collection proceedings such as wage garnishments brought by a creditor and law firm that know or should know that sewer service affidavits led to improper default judgments. Yet these defendants continue to try to collect the judgment amounts in violation of the FDCPA.  Even worse, while freezing people’s bank accounts and restraining their wages, these debt collectors sent out collection letters that we allege were misleading and hid the fact that they knew the affidavits of service were falsified.

When faced with our class-action lawsuit that alleges FDCPA violations, the creditor and debt collection law firm tried to have the case dismissed. We fought back. We are proud to report that in March 2022 the US District Court of the Southern District of New York refused to dismiss the case and instead confirmed our class action can move forward. We continue working to protect the thousands of consumers affected by sewer service and unfair collection practices.

Schlanger Law Group has a long history of challenging unfair state court collection practices. We also handle some of the leading federal Fair Debt Collection Practices cases addressing collection actions based on falsified affidavits of service, as well as a variety of other collection misconduct.

Our dedicated class-action lawyers continue to work zealously to pursue class actions against debt collectors who try to profit from falsified service of process and other similar misconduct.

If we are successful in proving the Fair Debt Collection Practices Act violations in the Ruffin litigation, the creditor and collection law firm may be ordered to pay each of the class participant’s actual damages, statutory damages, and our attorney’s fees and costs.

If you are facing abusive or harassing collection tactics, you may have a claim under the FDCPA. The experienced consumer protection attorneys at Schlanger Law Group offer free case consultations where we’ll listen to your story and fully explain your rights. Call us at (212) 500-6114 or fill out this simple contact form today.

PrevPreviousDo You Need a Consumer Fraud Lawyer? Know When to Call
NextWhen to Contact a Lawyer for Credit Card Dispute SolutionsNext