Peer to Peer Payment App Companies Must Comply With the EFTA 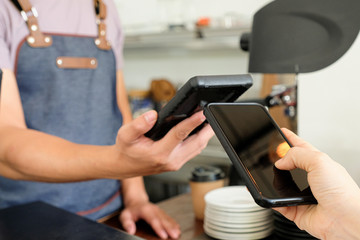 An estimated 113.5 million adults used a mobile peer to peer payment app to transfer money to family, friends, and vendors in the United States last year. The number of people using these apps (also known as “person-to-person” or “P2P”) has almost doubled in the past four years with the creation of money apps such as Venmo, PayPal, and Cash App.

At the same time, according to an FTC report, identity theft incidents are doubling nearly every two years. Unfortunately, although more consumers are facing identity theft involving mobile payment apps, the tech companies behind the apps are not protecting these victims.

Under the EFTA, if you discover an unauthorized transfer in your account, you must report the problem to your financial institution to qualify for the EFTA’s protection. Upon receiving your dispute, the institution is obligated to investigate your claim and report its findings.

Because the EFTA specifically mentions “financial institutions,” many P2P cash apps have argued that only banks, credit unions, and other consumer account providers are subject to the Act’s requirements. While some apps are affiliated with a bank or other financial institution, many do not hold consumer accounts and don’t have direct agreements with the account providers; they simply provide electronic fund transfer services.

Without clear direction, P2P app companies have tried to avoid responsibility under the EFTA by claiming they are not financial institutions. As a result, these EFT service providers offer no protection for their app users and deny their legal rights in identity theft and unauthorized electronic transfer cases. However, it’s now clear that EFT service providers are covered by the EFTA as we’ll see below.

One of our clients, we’ll call her Ms. Finch, used a mobile payment app called Cash App to purchase a dress online. Unfortunately, the website she used was a fraudulent site created by a hacker. After entering her Cash App information to transfer the funds, she received a message that the site was having technical problems. The fake company then requested the right to take the funds directly from her account.

Although she reported the theft immediately, Cash App refused to follow the EFTA requirements. Specifically, under the EFTA, financial institutions must start an investigation upon receiving minimal information—including the account holder’s name, account number, and basic facts about the situation.

When Ms. Finch requested a refund instead of sending more information, the payment app rejected her claim without explanation and without advising her about her rights. Ms. Finch then sent the additional information only to receive a generic reply that her claim was again denied because she didn’t prove the transfers were unauthorized.

Because of situations like the one Ms. Finch faced two important questions must be answered.

Question 1: Does the EFTA Definition of “Financial Institution” Include Peer to Peer Payment App Companies?

The EFTA is enforced by the Consumer Financial Protection Bureau (CFPB) which is a US government agency responsible for protecting consumers. The CFPB defines and explains the terms and requirements of the EFTA including:

At the end of 2021, the CFPB clarified whether a P2P payment app qualifies as a financial institution and whether P2P transfers are covered by the EFTA.

The Bureau’s recent statement confirmed that:

Question 2: Are Electronic Fund Transfer Service Providers Bound by the EFTA Even if They are Not Considered Financial Institutions?

The CFPB answered this question when it stated:

“A person that provides an electronic fund transfer service to a consumer but that does not hold the consumer’s account is subject to all requirements of this part [of the EFTA] if the person:

(2) Has no agreement with the account-holding institution regarding such access.”

Although the CFPA made it clear that peer to peer payment app companies are included in the EFTA, we expect to see many more cases of P2P apps trying to avoid responsibility for innocent consumers’ disputes.

Well before the Consumer Financial Protection Bureau released its 2021 statement that included P2P payment app companies under the provisions of the EFTA, the team at Schlanger Law Group brought legal action on behalf of Ms. Finch. The recent Bureau statement supports our argument that the companies behind the peer to peer payment app she used must comply with the EFTA requirements.

Also, based on the scripted communications sent to Ms. Finch, we suspect many other consumers have been treated similarly. A class-action lawsuit may be warranted to protect other consumers whose EFTA rights have been ignored by these companies.

If You are a Peer to Peer Payment App User and Your Rights Have Been Denied, We May Be Able to Help

If you’ve been treated poorly by a peer to peer payment app company that ignored the law, you may think there’s nothing you can do. Or maybe you think the amount you lost is not enough to justify legal action. We have extensive experience in this area of law, and we can explain your rights.

Also, if that company has violated thousands of consumers’ rights in the same way, a class action may be the best way to protect multiple users and force the company to follow the law.

The team at Schlanger Law Group has handled numerous consumer class actions and we regularly challenge big companies that violate consumer protection laws. If you are a victim of financial fraud and your financial institution or money transfer app won’t correct the problem, we may be able to help. Schedule a free case consultation by calling (212) 500-6114 or complete this simple form today.