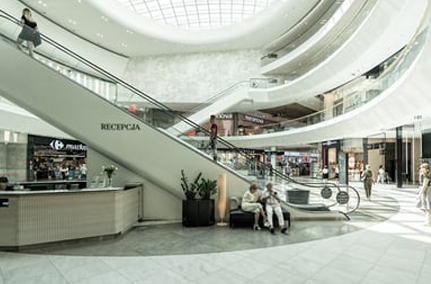 In December of 2018, our client went shopping at a Nordstrom store in Brooklyn. . When she attempted a purchase using her Nordstrom credit card account, a store clerk informed her that the card was declined because she had exceeded her credit limit. Knowing that she rarely used the account, our client asked the clerk to pull up her account details. She discovered that an identity thief had used her card to make over $9,000 in purchases. All of the charges were unauthorized and made without our client’s knowledge or consent.

Nordstrom Card Services, Inc. sent its letter  to our client more than two complete billing cycles, or 90 days, after it received her dispute in December of 2018. The charges made to our client’s Nordstrom credit card were deemed authorized based on a comparison of her driver’s license picture and the surveillance camera footage taken on one of the days the card was used.

Had Nordstrom reviewed surveillance footage from when our client was in the store – only days after the unlawful charges were made – to the footage used as evidence, it would be apparent that the two people were not the same due to distinguishable factors such as short hair versus our client’s long dark hair. Even after our client determined that the person who stole her card was her cousin, Nordstrom continued to refuse reconsidering its decision and demanded our client pay for the unauthorized charges, penalties, and interests totaling over $10,000.

A Common Occurrence with Identity Theft

Unfortunately, occurrences like what our client experienced with Nordstrom happen far too frequently. Even with proper evidence, it can still be frustrating for a person to deal with a stolen identity on top of thousands of charges they did not make and certainly cannot pay for.

“Identity theft victims shouldn’t be victimized twice: once by the thief and then by the creditor that fails to conduct a true investigation and refund the charges,” says attorney Brian Herrington, a partner with  Schlanger Law Group and head of the firm’s Mississippi office. Consumers need to know that just because a company says it conducted an investigation doesn’t mean that it actually did so. Consumers should also know they have rights and there are attorneys who can help them recover from the trauma of identity theft.

Brian Herrington and the other experienced consumer attorneys at Schlanger Law Group understand the difficulties that come with identify theft and fraudulent credit charges. While it may be incredibly frustrating for you to deal with an uncooperative company such as Nordstrom, you do not have to give up or fight them alone. With the right legal counsel, you can put the difficulties behind you and move on.

Our compassionate and knowledgeable lawyers have filed many claims on behalf of those who have dealt with identity theft and fraudulent credit charges, and we can help you fight for the justice you deserve after going through this chaotic period of your life. If you or someone you love has been the victim of identity theft , it’s in your best interest to reach out to our seasoned legal counsel. We can help you assess your situation and chart the best path forward to holding a company or institution liable for any errors they may have committed.